The team were tasked with reconfiguring a Georgian farmhouse kitchen and creating a welcoming space for a young London-based family returning to the Dales to be close to their extended family and raise their three young children in a peaceful, country setting.
Kitchen
The Snug
Hall
Kitchen

Our clients had a young family and had moved from London back to the North to a beautiful country home, which needed transforming to suit a modern lifestyle without sacrificing the elegant beauty of the historic Georgian house they purchased. Working with fellow furniture designer, Emily Chew we grappled with an outdated layout and some awkward elements like an uneven floor and reconfiguring much of the ground floor. We started with the new layout of the kitchen in phase one, which included removing a wall and providing structural integrity to the newly opened space. The larger, family-sized space better showed off the arched doorways, improved access to their lovely garden and created a modern cooking, eating and dining space.
Previous
Next
Previous
Next
FURTHER DETAILS

As the detailed work in planning the new layout began, the kitchen floor was made level with the dining area. ‘Digging up the floor and removing the existing AGA was quite a job, but we all felt it was important to avoid a step that would be an annoyance for forever and a day,’ continues Richard. After levelling, the AGA was put back into the same position and furniture built around the cooker, including an elegant canopy with corbels and a break-fronted detail. ‘The inspiration comes from a Georgian hall in Northumberland,’ says Richard, who echoed the detail of the curved brackets on the wall shelves and island end.

Elegantly proportioned panelled cupboard doors are also inspired by Georgian design, hand painted in a soft neutral colour to accentuate the light feel of the space. To add character and modern definition, the island and dresser cabinet are painted in Farrow and Ball No.93 Studio Green, a rich, dark green, while aged brass accents and oak floor add warmth.

‘Removing the wall opened up the possibility for so many nice features – from the island to the larder – and allowed us to create a room that works beautifully for modern family life,’ says Richard.

The U-shaped design has an island as the central preparation and socialising hub. A large larder and integrated fridge are built into tall cupboards adjacent to the focal point AGA cooker. The wet zone sits below one window, a coffee station under the next. A dresser completes the design and links the cooking and dining areas.

The entrance to the new room from the hallway is through the former dining area, so it was possible to block off the old kitchen door, giving wall space for a large larder cupboard and tall integrated larder fridge. This makes it easy for the family to put shopping bags on to the island and unload them directly into the dry and chilled food storage areas. In the larder, double doors with grocery racks open to reveal a cold shelf, made with the same engineered quartz as the worktops, with solid oak drawers and shelves.

A dedicated zone for making coffee and tea has been created out of the way of the main cooking areas but close to the steaming hot water tap. It has been carefully designed with a shallower than standard depth to allow for a comfortable walkway around the island. The shallow wall cupboard contains a built-in microwave for heating milk, the appliance accommodated only by cutting into the centuries-old extra deep external wall.

In addition to the principal larder fridge, the family wanted to include some extra chilled storage as there was no room for a tall freezer in the kitchen, they opted for an integrated CoolDrawer by Fisher & Paykel on the island for frequently used foods. An elegant and practical solution as this model can be set to different temperatures – from refrigerator to pantry or freezer with the push of a button. It is conveniently positioned on the cooking side of the island, concealed behind a front that has been specially designed so that it does not disrupt the lines of the drawers.

We restored the snug and created a secret door leading from the kitchen to the cosy space that included a new fireplace and panelling, in keeping with the property’s Georgian heritage.

Richard said, ‘One thing I’ll always remember about the job was when Emily and I presented the design plans to the owners, they noticed that I had scribbled on the design ‘secret door’. I said that a secret door from the snug to the kitchen might be an interesting idea. I’ll never forget the excitement that this created. The doorway had to be moved slightly for better proportioned panels. It took our builder a couple of days, but it is now forever in the right place.”

We created the secret door to the snug and this was the next room we tackled. We created period panelling around a new fireplace (which was fitted by our partners Robert Aagaard) and restored the coving. The re-proportioned fireplace gave Georgian style symmetry to the room with bookcases incorporated either side of the new fireplace to pair perfectly with the panelling.

We restored and fitted new skirting boards and architraves and fitted a wooden flooring from Tedd Todds in all rooms.

The snug and kitchen have an entrance to the large reception hall where we designed a bookcase for the space along with the new fireplace fitted again by Robert Aagaard. Originally the room had no skirting or architrave, so we fitted it throughout to match the rest of the ground floor space.

We improved the arches of the windows which sit above the fitted window seating we created. This was done by using the traditional technique of using curved wooden doweling at the arches to give a lovely curved, smooth beveled finish to the arched windows, as they would have originally been done.

There was an unused doorway between the utility and the hall, which we blocked up and created a bookcase in the area.

We added new coving, skirting and architrave the hall to match the existing joinery and new wooden flooring, which we used across all the spaces. Our client is 6 foot tall and couldn’t use the area by the cellar. We reconfigured this space to make it more practical.

The beautiful staircase leads off the entrance hall which we fitted with new spandrel panelling perfectly in keeping with the period of the property. The cellar steps continue under the staircase. Part of our brief was to create a more accessible entrance to the cellar, which had a frustratingly low ceiling. We lowered the floor in the area to create a mini staircase, therefore creating a more acceptable head height.

Back to Recent Projects

Call into the Ilkley & Skipton showrooms for a closer look at our beautiful, handmade furniture. 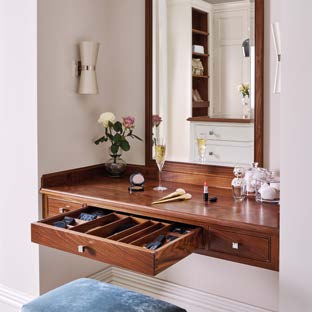 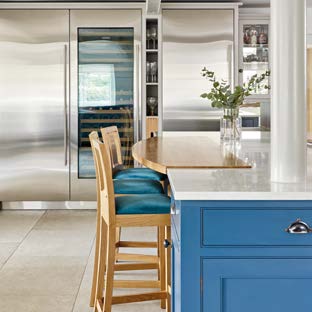 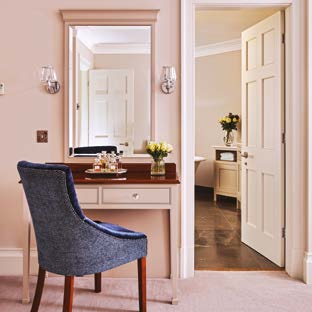 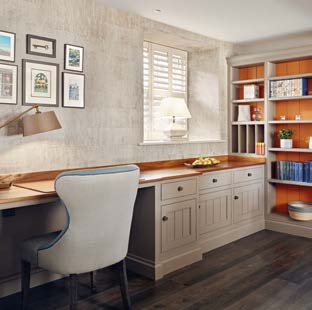 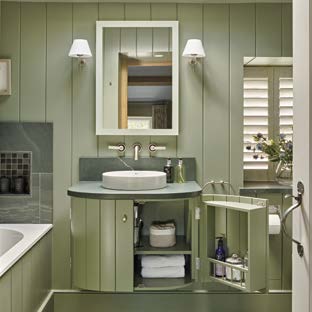 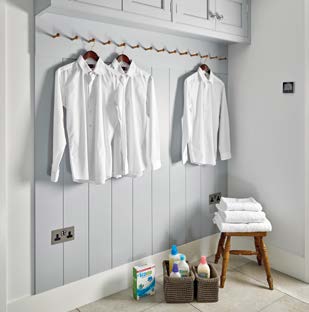